BULGARIA WILL RECEIVE 210,1 MILLION EURO UNDER THE NEW PROGRAMMING PERIOD OF THE EEA AND NORWAY GRANTS 2014 - 2021 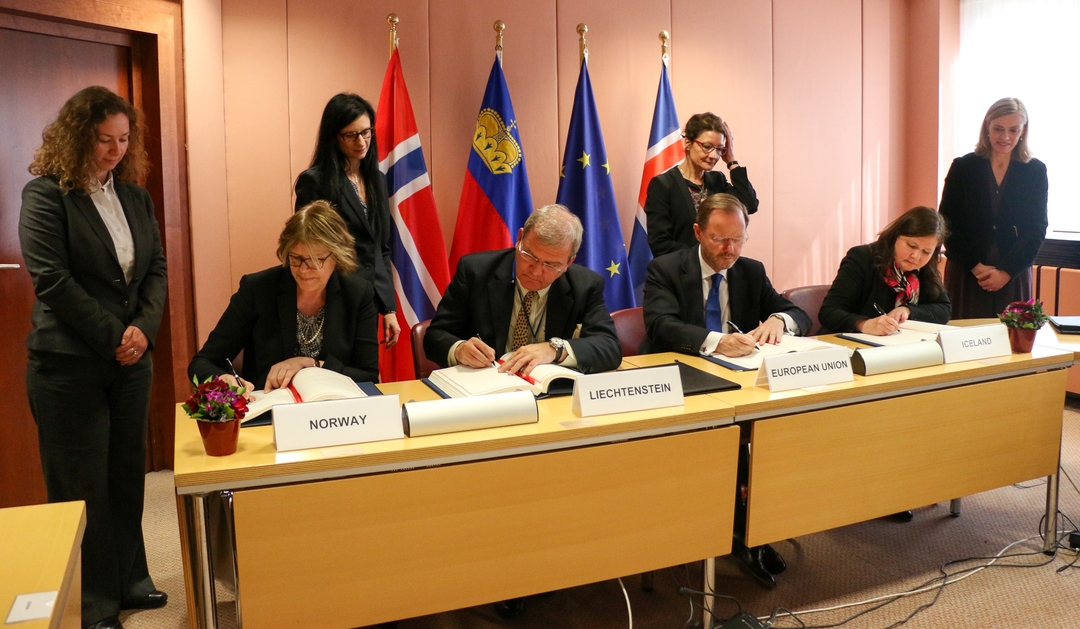 photo: The Ambassadors of Norway, Iceland and Liechtenstein to the EU sign the agreement with the Dutch representative to the EU as the current President of the Council; credits: Norwegian Mission to the EU

210,1 million Euro will be made available to Bulgaria for projects after Norway, Iceland, Liechtenstein and the EU have signed the EEA and Norway Grants Agreement for 2014 - 2021.

Within the new programming period 15 EU Member States will receive a total of 2,8 billion Euor (1,5 billion from the EEA and 1,3 from the Norway Grants) for reducing the social and economic disparities and improving bilateral relations with the Donor States. Bulgaira is the 4th biggest beneficiary with Poland, Romania and Hungary on the lead. Two regional funds targetting youth employment (65,5 million Euro) and encouraging regional cooperation (34,5 million Euro) will be established in addition.

The next steps for Bulgaria include negotiations with the Donor States that will lead to the signing of a Memoranda of Understanding where the distribution among priority areas will be set. Be sure to follow our website to learn all the news on the future period.

The official announcement of the Financial Mechanism Office and the country distribution can be found here.

THE EEA AND NORWAY GRANTS FUND FOR REGIONAL COOPERATION

The new EEA and Norway Grants Fund for Regional Cooperation was launched in Brussels today.

Call for Travel Support with an available budget of EUR 50’000.