OFFICIAL LAUNCH OF THE ENERGY EFFICIENCY AND RENEWABLE ENERGY PROGRAMME 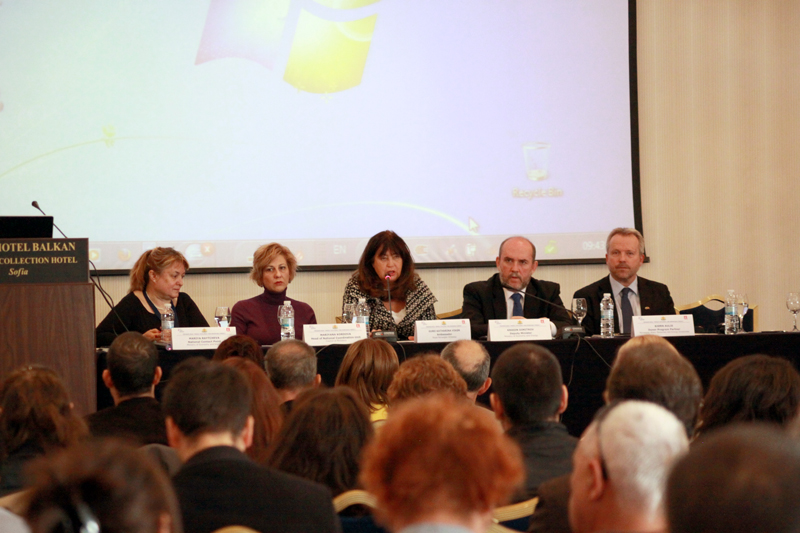 The official start of the programme BG 04 “Energy Efficiency and Renewable Energy” funded under the EEA Financial Mechanism 2009 – 2014 was announced at a launching onference held on 10 October 2013 at Balkan Hotel in Sofia. Guests of the conference were Her Excellency Guro Katharina H. Vikør, Ambassador of the Kingdom of Norway, Ms. Mariana Kordova, Head of the National Focal Point for the EEA FM and Norwegian Financial Mechanism and Director of “Monitoring of EU Funds” Directorate at the Council of Ministers and Mr. Bjørn Aulie, representative of the Donor Programme Partner “Water Resources and Energy” Directorate at the Norwegian Ministry of Oil and Energy. More than 100 representatives of Bulgarian companies and Non-governmental organisations active in the field of energy efficiency and innovative energy technoclogies, mass media and other interested institutions attended the event,

In response to the great interest for establishing cooperation and partnerships for the realization of joint project ideas and initiatives invited for participation in the conference were representatives of 9 Norwegian companies working in the area of consulting and implementation of projects targeting improvement of energy efficiency and utilization of the renewable energy potential.

The conference was opened by Mr. Krassin Dimitrov, Deputy Minister of Economy and Energy, who presented the objective (decreasing the green house gas emmissions and air pollutants) and the main priorities of the programme, the scope of potential beneficiaries and target groups that will benefit from the programme’s outcomes. Detailed information on the different priority areas and measures to be supported was presented by the Programme Operator, as the participants in the conference had the opportunity to ask questions and get further clarifications on the funding opportunities, the specificities of the separate measures, the envisaged time schedule of calls for proposals, etc.

The attending Norwegian companies delivered brief presentations of their activities, the implemented by them projects deploying innovative technological solutions in the field of energy efficiency and renewable energy and referred to the particular programme outcomes they are interested to participate in partnership with Bulgarian companies and organisations.

In the afternnon session of the forum a match-making event took place that enabled the conduct of individual meetings between interested Bulgarian and Norwegian companies.