2009-2014 News MORE THAN 500 PROJECTS HAVE ALREADY BEEN FINANCED WITH THE SUPPORT FROM NORWAY, ICELAND AND LIECHTENSTEIN

MORE THAN 500 PROJECTS HAVE ALREADY BEEN FINANCED WITH THE SUPPORT FROM NORWAY, ICELAND AND LIECHTENSTEIN 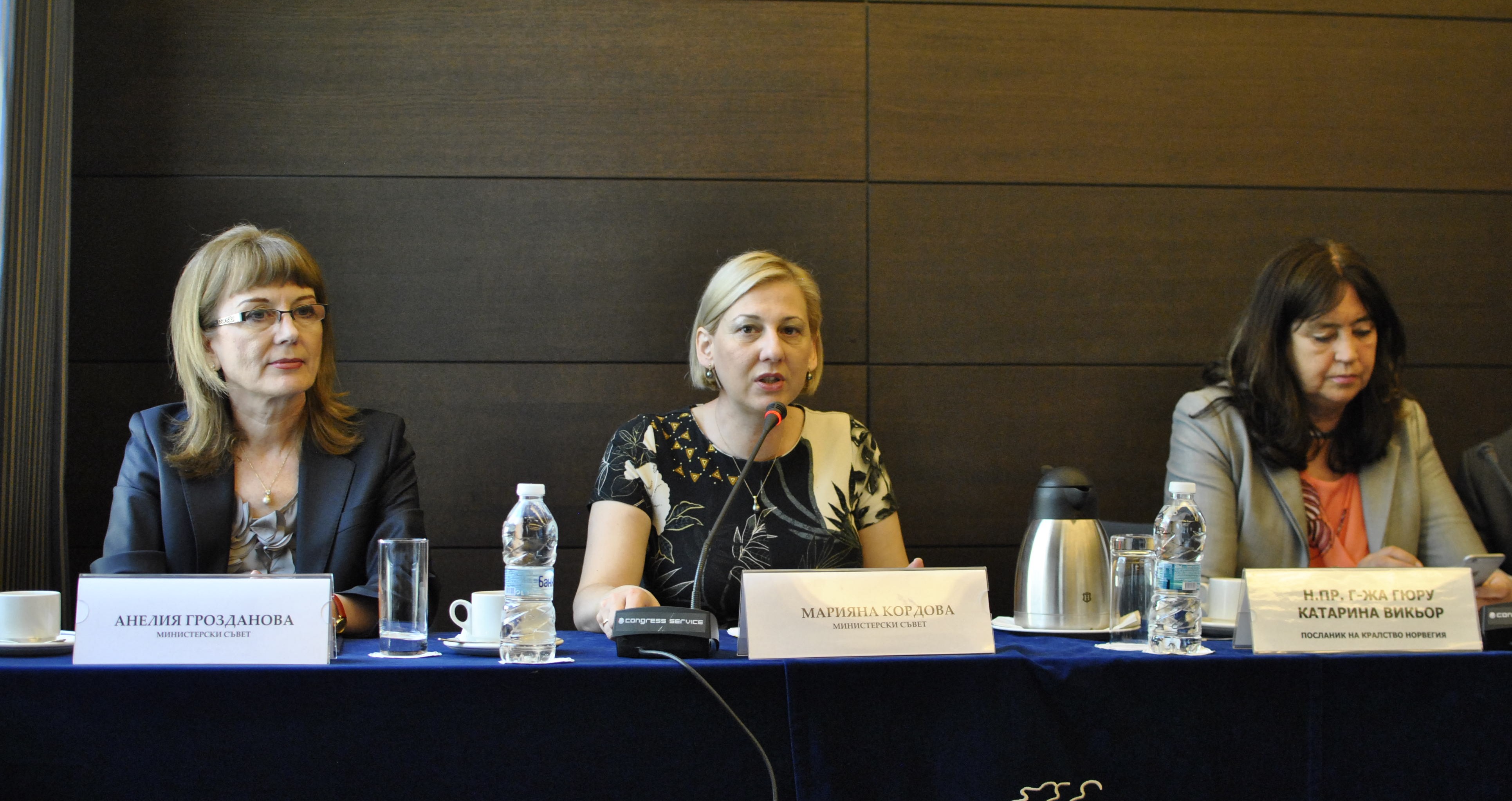 11 projects within 3 thematic panels were presented during a seminar under the EEA and Norway Grants on the 19th of May. The projects are implemented with the financial support of Norway, Iceland and Liechtenstein, which provide to Bulgaria access to 126,6 million euro.

The event was opened by H.E. Ms. Guro Katharina Vikor, Ambassador of the Kingdom of Norway to Bulgaria and Ms. Mariana Kordova, Head of the National Focal Point. The aime was to present to Bulgarian journalists from good projects in various fields supported by the EEA and Norway Grants. The expected results include increased public visibility of the implemented measures and the overal funding provided by the Donors.

Thematic panel "Society" included presentations of two of the projects supported under the Cultural Heritage Programme with beneficiary Sofia Municipality. The goal is reconstruction of 3 historic sites in Sofia as well as digitalisation of archives. Next was the project for establishment of a Youth Center in the city of Plovdiv, supported under the Children and Youth at Risk programme. The project was presented by the Mayor of the Central Area of Plovdiv - Mr. Georgi Tiutiukov who is personally involved in the concept and supports the initiative in various ways. A selection of 3 projects were presented under the NGO Fund - one for the development of an online archive of protected areas, one for campaign for respect of the parking rights of people with dissabilities and another capaign for blood donation ran by Association Samaritans. 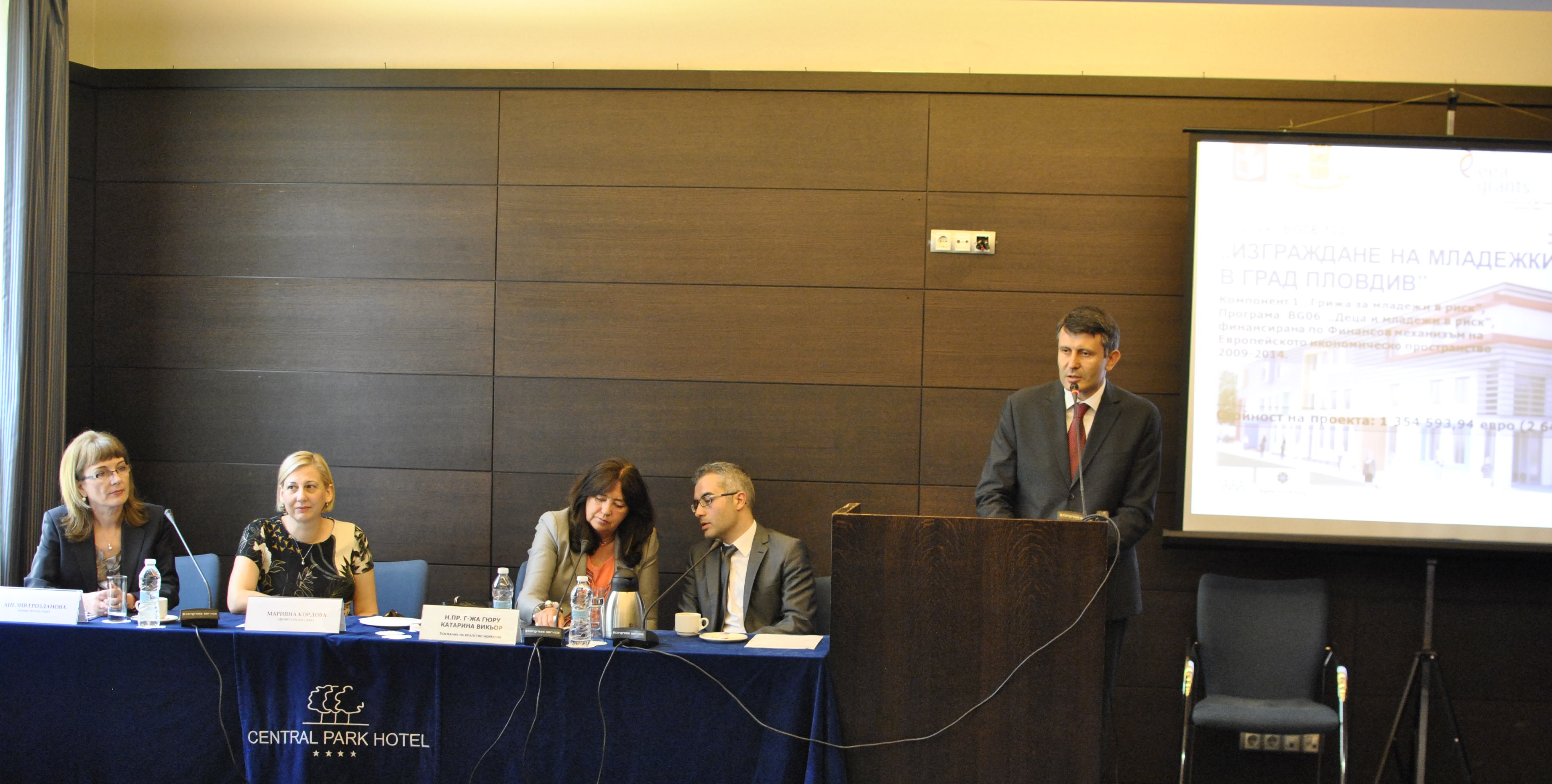 The "Justice" panel  included a project for reconstruction of the prison facilities in a number of cities in Bulgaria and a very well received project for basic leagl aid implemented by the National Bureau for Legal Aid. The project included a telephon hotline and two centers for visitors where consultations are given for disadvantaged and people from vulnerable groups.

The third panel was "Economy" with projects from two programmes - Green Industry Innovation and Energy Efficiency and Renwable Energy Sources. One was for the construction of a wastewater recycling plant which allows a significant reduction of the water used for production purposes (from 50 000 m3 to 5 000 m3 per year). Another project aimes at recycling of glass wastes through renewable energy sources. The last project is the second phase of the implementation of the Euro Electricity Market in Bulgaria (the first one completed under the previous programming period of the EEA and Norway Grants) and is implemented by the Energy and Water Regulatory Comission.

The presentations of all projects can be found HERE and HERE

The campaign video of Association Samaritans can be found HERE